On the meeting of the Special Representative of the President of the Russian Federation for the Middle East and African Countries, Deputy Minister of Foreign Affairs of Russia Mikhail Bogdanov with the Ambassador of the Republic of Burundi in Moscow Eduard Bizimana

October 1st, 2020: H.E Edouard Bizimana, the Ambassador of Burundi to the Russian Federation met with mr. Mikhail Bogdanov, deputy Minister of Foreign Affairs and special envoy of H.E President Putin to Africa and the Middle East. The two personalities discussed issues pertaining to bilateral relations and other subjects of international and mutual interests. The meeting coincided with the 58 th anniversary of establishment of Burundi-Russia diplomatic relations. At the same time in Bujumbura, the Ambasssador of Russia to Burundi was received in audience by H.E the Minister of Foreign Affairs and Development Cooperation. 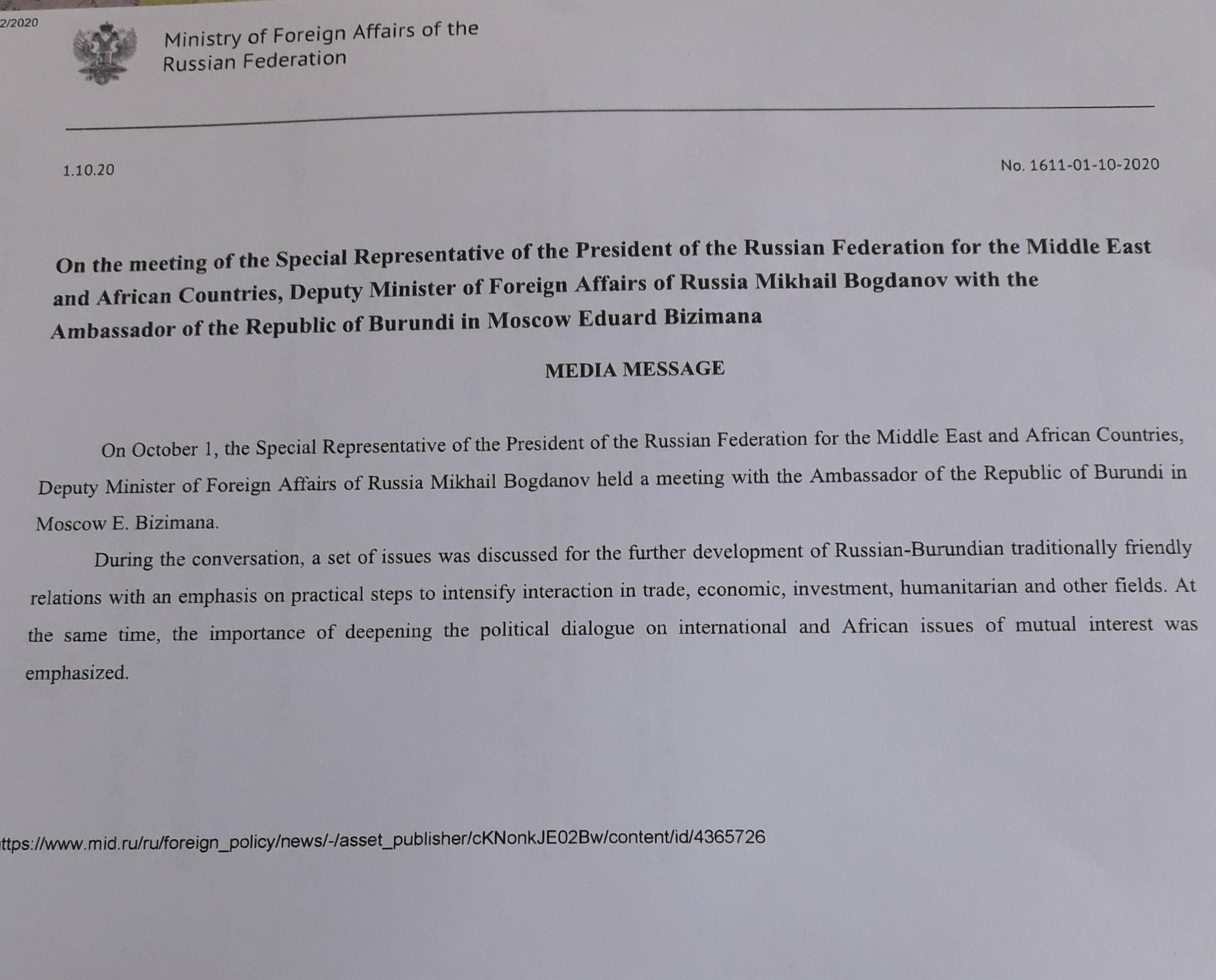