The Burundian President His Excellency Mr. Evariste Ndayishimiye received in audience, on Thursday November 12, 2020 at the presidential palace of Gitega the political capital, the Gabonese Minister of Foreign Affairs, His Excellency Mr. Pacôme Moubelet-Boubeya. 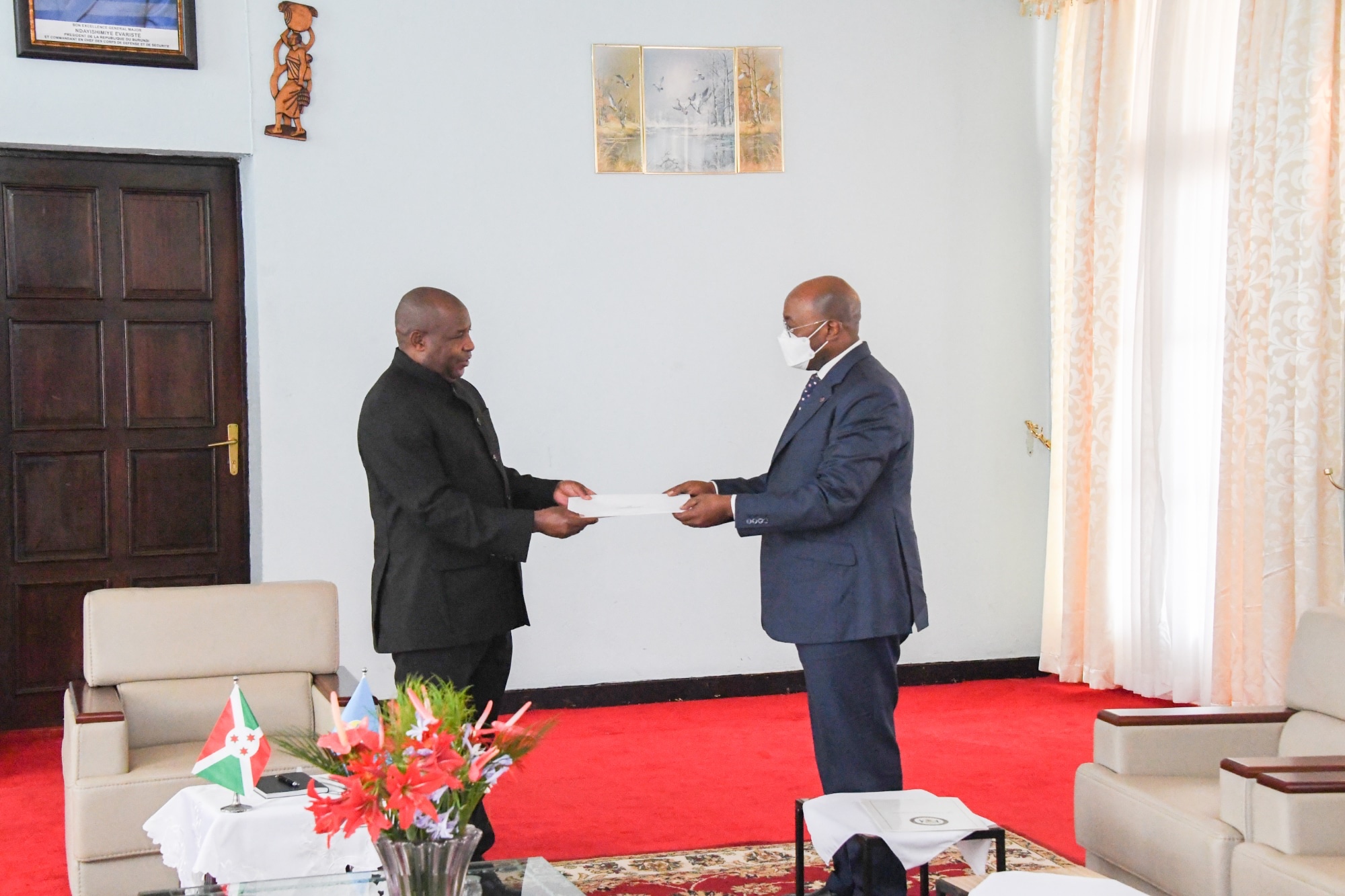 The latter was carrying a message from His Excellency Ali Bongo Ondimba, President of the Republic of Gabon who invited his Burundian counterpart to come to Gabon to take part in the 18th summit of the Economic Community of Central African States, ECCAS in acronym.

The Burundian Head of State thanked the Gabonese Minister of Foreign Affairs for his trip to Burundi and welcomed the message from his Gabonese counterpart and accepted the invitation. "A community is a family, the more we are united the stronger we are", said President Ndayishimiye, citing the example that a single finger that suffers causes discomfort throughout the body.

The 18th ECCAS Summit to be held in Libreville on November 27, 2020, will analyze the issues of peace and security in the 11 member countries of the community. The free movement of people and goods, the management of the fight against the Covid19 pandemic will also be discussed.

In his interview at the end of the hearing, the Gabonese Minister appreciated the management of the Burundian Government in the fight against the Covid-19 pandemic.

"The example of Burundi in the fight against Covid19 is eloquent" insisted the Head of Gabonese Diplomacy inviting 4 members of ECCAS to come to Burundi to learn the experience of the fight against this pandemic which is raging all over the world.