The President of the Republic His Excellency Mr Évariste NDAYISHIMIYE accompanied by the First Lady Her Excellency Madam Angeline NDAYISHIMIYE took the plane on Monday November 2, 2020, to Malabo, Capital of Equatorial Guinea where, at the invitation of his Guinean counterpart, for a five-day state visit. 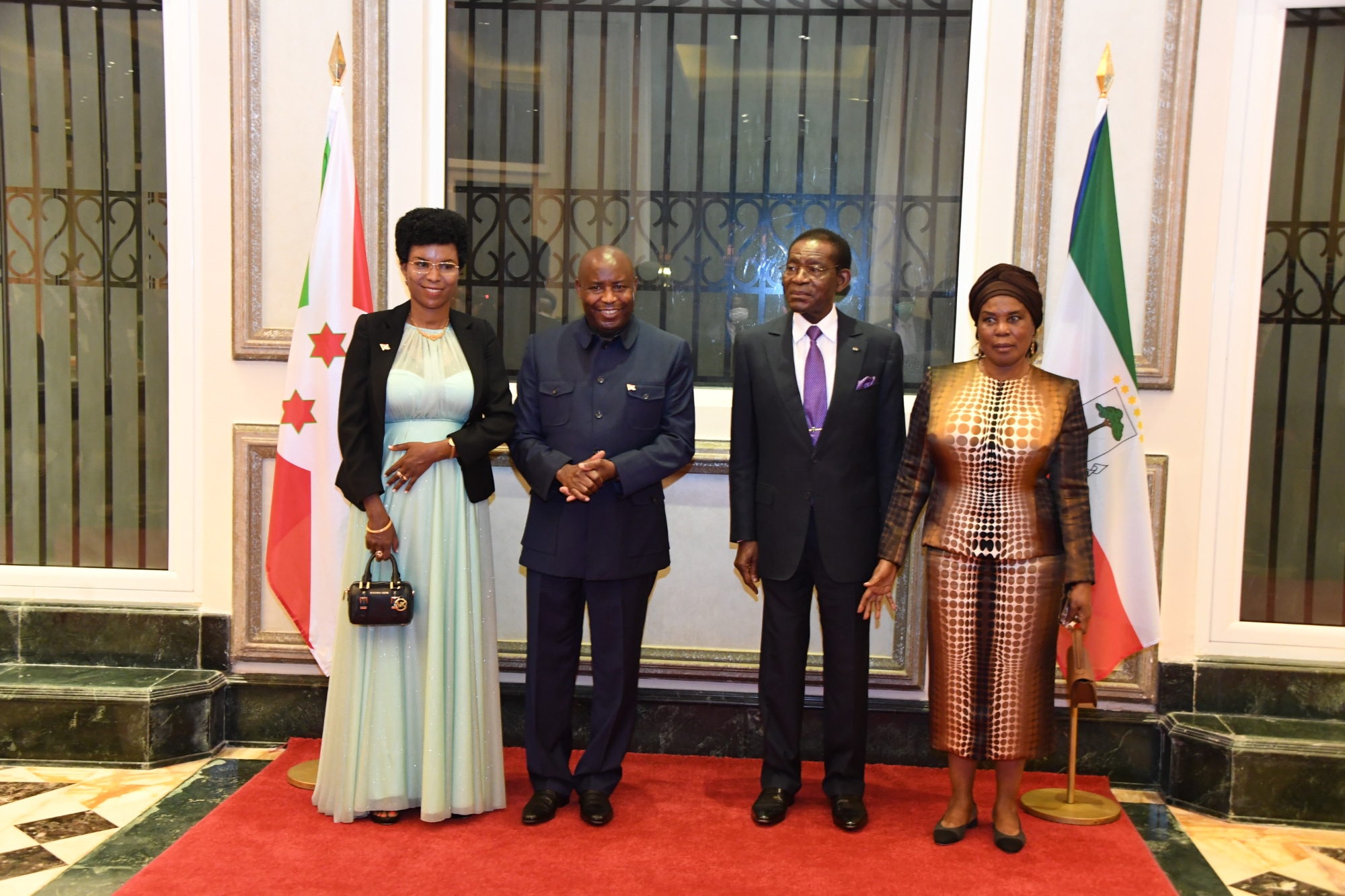 In an interview with journalists at Melchior NDADAYE International Airport, His Excellency Mr Évariste NDAYISHIMIYE said that with his counterpart they will review the situation of cooperation between the two countries at the economic, social and cultural level.

The first day of the State Visit was marked by bilateral meetings, first at the ministerial level at the Ministry of Foreign Affairs and Cooperation, then at the Presidential level at the People's Palace for a one on one between the two Heads of State followed by a high-level meeting between the two Heads of State and their respective delegations, meeting concluded with the signing of 5 cooperation agreements. The day ended with a State Banquet given by H.E Obiang Nguema Mbasogo to his counterpart H.E Evariste Ndayishimiye, where speeches were pronounced.

Recall that the President of the Republic of Burundi were accompanied by 5 Burundian Ministers namely His Excellency Ambassador Albert Shingiro, Minister of Foreign Affairs and Development Cooperation, Ir Alain Tribert Mutabazi, Minister of National Defense and Veterans, Dr Thaddée Ndikumana, Minister of Public Health and the Fight against AIDS, Ir Déo-Guide Rurema, Minister of Environment, Agriculture and Energy and Honorable Immaculée Ndabaneze, Minister of Trade, Transport, Industry and Tourism. He were also accompanied by Amb. Zéphyrin Maniratanga,

Head of State Protocol and his deputy Colonel Jules Ndihokubwayo, Mr. Claude Karerwa Ndenzako Spokesperson of the President, and Ambassador Willy Nyamitwe Head of the Office in charge of Information and Communications at the Presidency of the Republic.