Burundi commemorated on Wednesday October 21, 2020, the 27th anniversary of the assassination of President Melchior Ndadaye. The ceremonies began with a mass in his memory celebrated at the Saint Michel Parish of Bujumbura, in the presence of the high Authorities of the country including the Presidential Couple, the Presidents of the two Chambers of Parliament, the Vice-President of the Republic, the Prime Minister, the Burundian Ombudsman, the Spouse of the late President Melchior Ndadaye, the Spouse of the late President Pierre Nkurunziza. 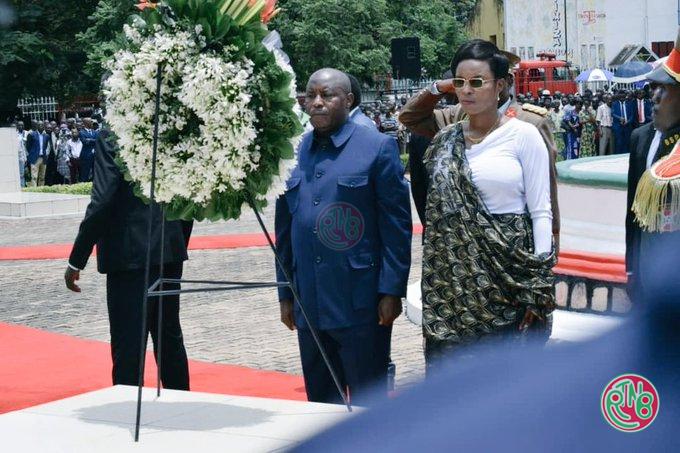 In his homily, the Archbishop of Bujumbura, Monsignor Gervais Banshimiyubusa, has focused on the gospel of Luke 12: 39-48, he recalled the vision, dreams and democratic principles of the late Melchior Ndadaye. He indicated that the late Melchior Ndadaye advocated a new Burundi, characterized by freedom, respect for human rights for everyone, a Burundi characterized by the sharing of resources without discrimination of ethnicity or region of origin, in short integrated development from all layers of society.

Monsignor Gervais Banshimiyubusa clarified that President Melchior Ndadaye, even if he could not implement his project of society for the interest of the Nation, he blazed a new path for Burundi: Democracy.

Monsignor Gervais Banshimiyubusa also invited Burundians to give thanks to God, he who has never ceased to show his love for Burundi by placing at the head of the country, heroic leaders who have even agreed to lose their lives for the general interest of the nation. He ended his homily by asking everyone to think about the step already taken in consolidating democracy in Burundi. And to wonder, if the hero of democracy returned, would he be satisfied with this step already taken or not? It's up to everyone to answer, he concluded.

The same act was then taken respectively by the Representatives of the Diplomatic and Consular Corps accredited to Burundi, the family of the late President Melchior Ndadaye including his spouse Madam Laurence Ndadaye, the families of his companions who disappeared with him, as well as the Representatives of the political parties and civil society.

To close, the participants in these ceremonies listened to the speech that the late President Melchior Ndadaye gave on the occasion of the victory of his political party SAHWANYA-FRODEBU in 1993.