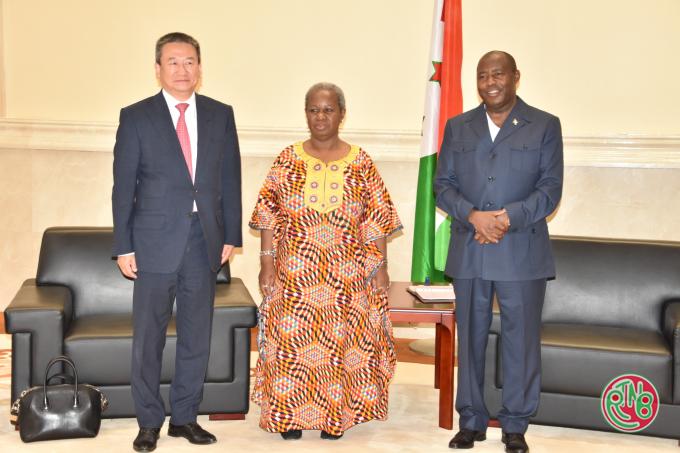 As for the Spokesman for the Head of State Mr. Jean Claude Karerwa Ndenzako, he announced to the press that the Head of the delegation welcomed the step taken in terms of safeguarding peace, human rights, into account of gender and social affairs. He did not fail to positively appreciate the good cohabitation of Burundians as well as the peace and security that reign throughout the national territory, continued Mr. Jean Claude Karerwa.

The Spokesman for the Head of State also recalled that this hearing took place at the time when the Secretary General of the United Nations H.E Antonio Guteress and the President of Burundi H.E Evariste Ndayishimiye had conducted a conversation by telephone in June 2020. From this conversation, the Head of State explained to the United Nations Secretary General the priority areas to which the partners can lend a hand.

However, the Head of State H.E Evariste Ndayishimiye thanked this delegation for this visit and in particular, he addressed his thanks to the Secretary General of the United Nations H.E Antonio Guteres who kept his promise by sending this high-level delegation, concluded the Spokesperson of the Head of State Mr. Jean Claude Karerwa Ndenzako.