This Monday, August 24, 2020, the President of the Republic of Burundi, His Excellency Evariste Ndayishimiye and his spouse, Her Excellency Angeline Ndayishimiye fulfilled their civic duty to elect hill Councilors, at the polling station of ECOFO Bubu, at Musama hill in Giheta commune of Gitega province.

In an interview with the press, the Head of State invited all Burundians registered as voters to participate massively in these elections because the latter constitute the development centers of the country. 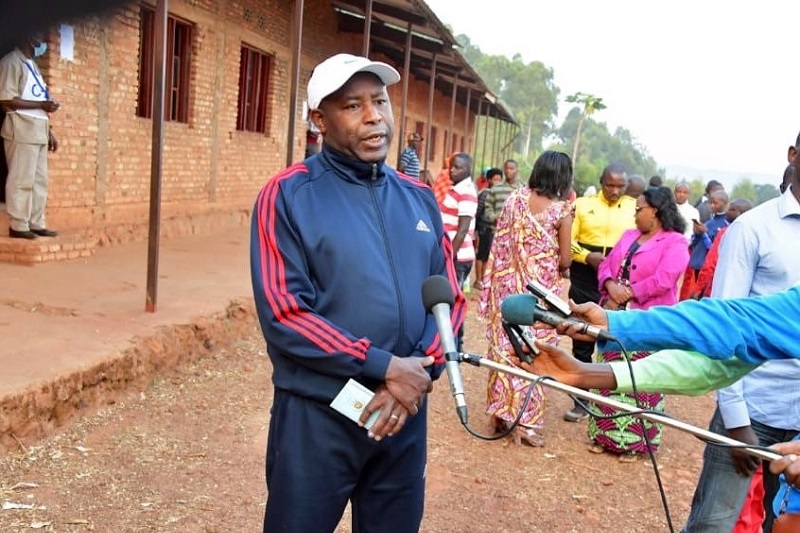 The President of the Republic of Burundi reminded that the current Government attaches great importance to the hills. This is evidenced in particular by the substantial funds it grants to cooperatives located on different hills for promoting the development emerging from basic communities. As the local elected officials have an important

role in the supervision of the population the latter are thus called upon to give great importance to these elections so that they can elect leaders of integrity and responsibility, capable of serving as a model, underlined the President H.E Evariste Ndayishimiye.

The President of the Republic then invited the Hill Councilors who will be elected to be responsible authorities, committed to the development of their respective communities. He warned them, pointing out that no one should pretend that he/she is elected to acquire bribes or to misuse goods allocated to the population. The President H.E Ndayishimiye indicated that those elected to higher institutions will not tolerate anyone who engages in acts of looting or embezzlement of the national heritage.

The Head of State also invited the civil servants, who got the day-off of August 24, 2020 to make it profitable by attending to other extraprofessional activities, in favor of their self-development.

Also read in this article: