The family of the President of the Republic (H.E Evariste Ndayishimiye, his Spouse and children) joined the Christians of the Rwarangabo parish of Mwumba commune in the province of Ngozi in Sunday mass on July 12, 2020. In his word of welcome, the Parish Priest of the Rwarangabo Parish Noël Father Nkurunziza thanked the kindness of the Presidential family to come and comfort them after the unexpected death of the Head of State Pierre Nkurunziza native of this parish. 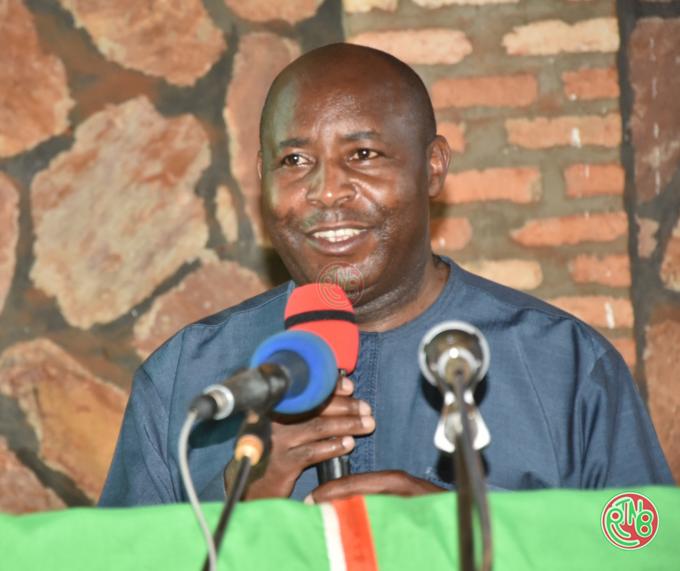 In his message to the Christians of the Rwarangabo parish, the President of the Republic His Excellency Evariste Ndayishimiye told them that he was bringing a message of comfort after the unexpected death of President Pierre Nkurunziza, a native of this locality.

His Excellency Evariste Ndayishimiye asked the Christians of the Rwarangabo parish to support him by safeguarding unity and a regular prayer in order to succeed in his promise to be a servant of the Burundian people.

The Head of State His Excellency Evariste Ndayishimiye promised that he will stay by the side of the people of Ngozi province and has called them to work hard for the development in order to strengthen the legacy bequeathed to them by the late Pierre Nkurunziza.

After mass at the Rwarangabo parish, the family of the President of the Republic visited the mother of the late President Pierre Nkurunziza at home in the capital of the city of Ngozi to show her their support after the unexpected death of her son.

Ministry of Foreign Affairs and Cooperation for Development Magazine #82 of July 17, 2020