Towards the sustainability of the continental dialogue on Youth, Peace and Security 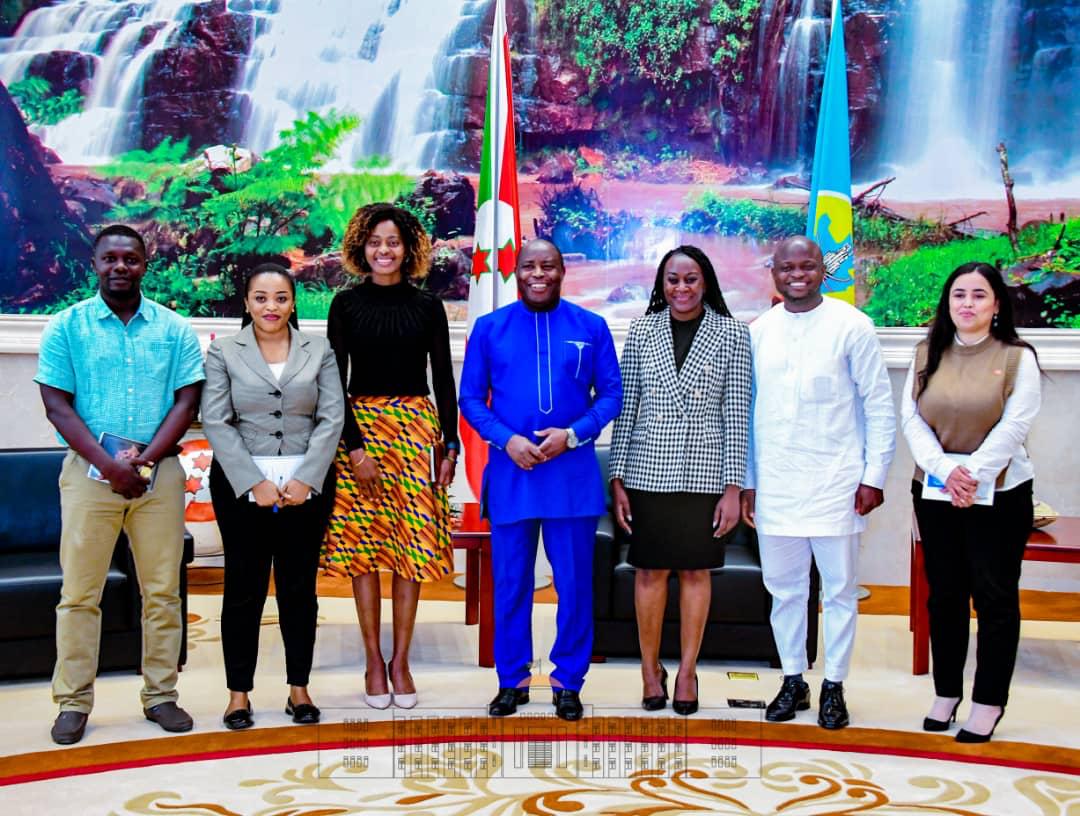 On tuesday, april 26, 2022, the day after the continental dialogue and the 1080th meeting of the Peace and Security Council, the President of the Republic His Excellency Evariste NDAYISHIMIYE received in audience the Young African Ambassadors for Peace, including the Special Representative of the AU Ms. Chido Cleopatra Mpemba for Youth in order to strengthen the reflection on Youth, Peace and Security in Africa.

Ms. Neema Chusi of the PSC (Peace and Security Council) Secretariat warmly thanked the President of the Republic His Excellency Evariste NDAYISHIMIYE for the warm welcome they received and especially for the lessons learned from Burundi's rich experience in the coaching, support and inclusion of young people.

Indeed, she indicated that the many initiatives of the Government of Burundi in favor of young people could serve as models for other Member States because they serve as a bul-wark against the resurgence and the participation of young people in conflicts.

It is in this framework that she expressed the wish of the Peace and Security Council and the office of the African Union Special Representative for Youth, to make Burundi the permanent organizer of future sessions of the continental dialogue on Youth, Peace and Security; a wish to which President Evariste NDAYISHIMIYE strongly adhered.

His Excellency Evariste NDAYISHIMIYE appreciated the inspiring work that has been done by these young Ambassadors within the African Union to sensitize States on the imperative of including young people in development projects. With regard to Burundi, he indicated that the Government has made the political participation of young people a priority and that this is already having an undeniable socio-economic impact.

More in this edition :