The Head of State returns from official visit to Dubai 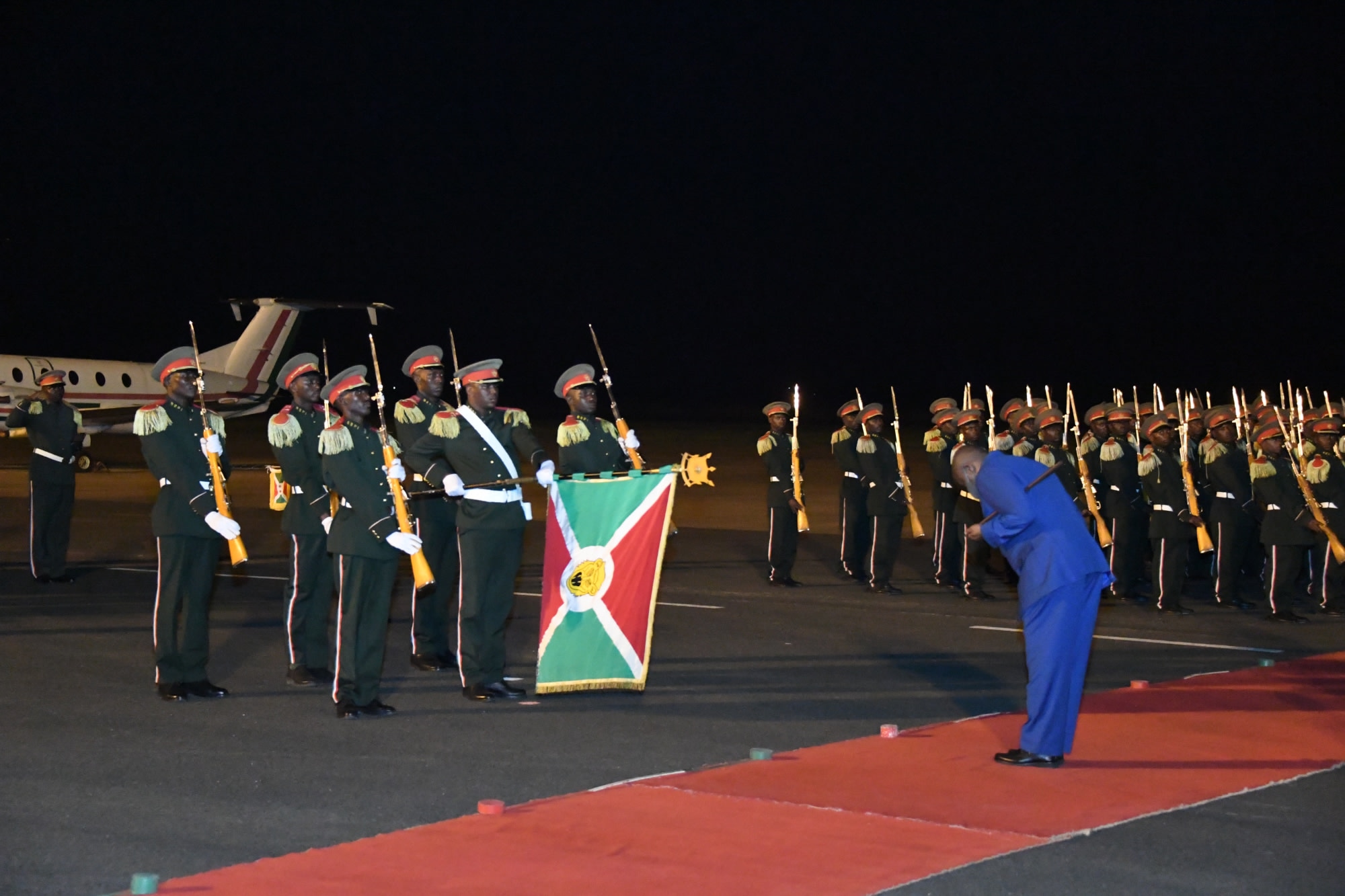 Accompanied by the First Lady H.E Angeline Ndayishimiye and members of her delegation, the President of the Republic of Burundi H.E Evariste Ndayishimiye landed on Friday November 12, 2021 at Melchior Ndadaye International Airport on his return from a five-day visit in the United Arab Emirates.

As the Deputy Spokesperson of the President of the Republic indicated during a lively press briefing when he got off the plane, this visit, which was crowned with success in several aspects, will have enabled Burundi to confirm its return winner on the international scene through, in particular, the Universal Exhibition of 2020.

Indeed, during a visit to the Burundi pavilion of Expo 2020 Dubai, the President of the Republic H.E Evariste Ndayishimiye met His Royal Highness Sheikh Mohammed bin Rashid Al Maktoum, Vice-President of the United Arab Emirates, Prime Minister and Emir from Dubai. They exchanged views on strengthening bilateral cooperation and on business and trade opportunities between Gitega and Dubai.

On the sidelines of this universal exhibition, the President of Burundi H.E Evariste Ndayishimiye spoke with the Emirati authorities and investors who wish to invest in the agro-pastoral field, foreign trade, and infrastructure. In this regard, the Deputy Spokesman affirmed that “the fruitful exchanges that the Head of State had with the Emirati authorities and investors will be translated into actions through a joint commission which will be responsible for drawing up a road-map for rapid realization”.

In addition to the members of the official delegation, the Presidential Couple was surrounded by members of the Burundian diaspora from Dubai who had responded massively to the day dedicated to Burundi at Expo 2020 Dubai, embellished by the mythical Burundian drum, classified as Heritage immaterial of humanity.