Official launch of the modernization works of the Port of Bujumbura 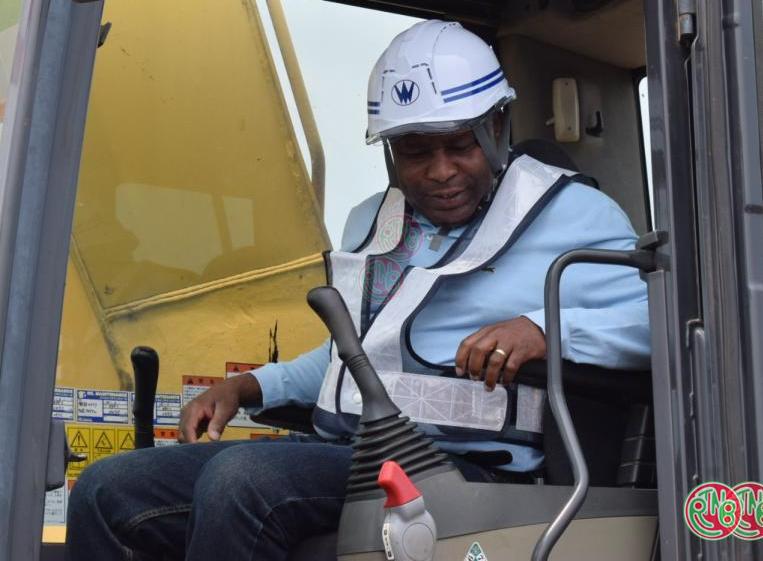 The Head of State H.E. Mr Evariste Ndayishimiye proceeded, on Thursday 09 September 2021, to the official launch of the modernization works of the Port of Bujumbura. The departments concerned, in particular the Ministry of Trade, Transport, Industry and Tourism, were called on to get involved as much as possible to remain available in order to meet the needs expressed by the technicians on this site.

The ceremonies began with a guided tour of the sites that will house the shipyard, the container terminal as well as the places where the diversion of the Buyenzi canal which brings sediments and where the dredging of the port basin will be built. The Head of State subsequently officially launched the modernization works of the Port of Bujumbura, a project financed and executed by the Japanese Government to the tune of 31 million US Dollars.

In his speech of the occasion, the President of the Republic indicated that this project comes at the right time, stressing that Burundi is developing trade relations with the countries of the region, which requires that the transport sector adapts to the commitments of the State of Burundi which has signed several free trade agreements. This was the opportunity for the Head of State to express his gratitude particularly to Japan and the various technical and financial partners in general for their multiple support that they continue to grant to Burundi in this way of economic recovery, in particular through the construction of infrastructures and the rehabilitation of existing ones. He reiterated his thanks to the European Union, the World Bank, the African Development Bank and other partners who will do work related to the modernization project of the Port of Bujumbura.

On this occasion, the President of the Republic made a point of clarifying that this project comes at a time when Burundi is developing another project for the construction of the railway that will link Tanzania to Kindu in the DRC via Gitega and Bujumbura. And to encourage technical and financial partners to support Burundi even in other projects useful for the development of cross-border trade. The President of the Republic took this opportunity to urge the Japanese Ambassador to Burundi to intercede for Burundi with his country to also launch the work that the Japanese Government had expressed the wish to develop in Burundi, namely the construction of the urban road network of Bujumbura, buses‟ donation to OTRACO, the provision of drinking water in the southern sector of the city of Bujumbura, the rehabilitation of the power line in the city of Bujumbura and the agricultural irrigation project of the perimeter of Gihanga III. Finally, the Head of State called on the services concerned, in particular the Ministry of Trade, Transport, Industry and Tourism to get involved as much as possible to remain available in order to meet the needs expressed by the technicians of this site.

For his part, the President of the Republic reassured that he will remain available to do whatever needs to be done so that the work of modernizing the port of Bujumbura is facilitated and completed as quickly as possible. The Japanese Ambassador to Burundi HE Mr. MASSAHIRO IMAI underlined that the modernization works of the Port of Bujumbura which will cost 31 million US Dollars will allow the improvement of the circulation of goods, a prerequisite for the economic growth of Burundi and the region.

The Japanese Ambassador to Burundi clarified that Japan is determined to continue its contribution to the development of Burundi through its assistance in different sectors, including accelerated training in several areas. H.E.Mr MASSAHIRO IMAI took this opportunity to invite the President of the Republic of Burundi to take part in the 8th Tokyo International Conference on African Development to be held in Tunisia in 2022.

After the Port of Bujumbura, the Head of State visited a shipyard on the shore of Lake Tanganyika in Kabezi commune in the province of Bujumbura, belonging to a Burundian economic operator named Uwiragiye François. It is a construction of a ship 68m long by 12m wide and 4.5m high and which will have 3 levels at the rear.