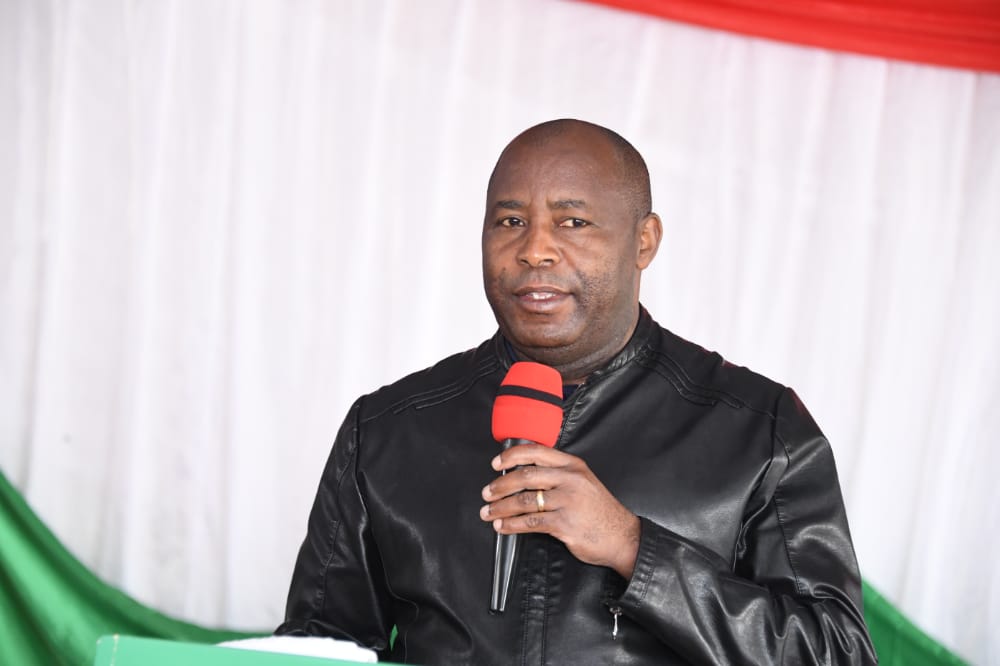 On Tuesday, July 6, 2021, the President of the Republic His Excellency Evariste NDAYISHIMIYE brought together, in Mwaro province, natives, elected officials and administrative, political and religious officials and other representatives of different services working in this province, in a moralization session on the awakening of the patriotic spirit and good governance.

After the welcoming remarks pronounced by the Governor of Mwaro Mr. Gaspard GASANZWE, the Burundian Number One returned to the vision and the fundamental principles of the current State, in particular the emergency of developing in-depth reform of Burundi through the Promotion of Good Governance in all sectors of national life.

In this session, His Excellency Evariste NDAYISHIMIYE said that Burundi is full of a lot of natural resources of all kinds, favorable for an economic recovery of our country, once well exploited. He nevertheless regrets that our country suffers from the unconsciousness of certain leaders and "intellectuals" who have not yet had a sense of public service. "The future of our country depends on our ability to organize ourselves without waiting for any external aid because we have sufficient natural and human resources", he said.

As such, the President of the Republic His Excellency Evariste NDAYISHIMIYE called on Burundian intellectuals to change mentalities and a renewed awareness, in order to be able to apply the knowledge acquired to explore, exploit and enhance the natural resources of Burundi.

He also called on all Burundians for a patriotic leap and good governance to bring Burundi into a new era of progress in all sectors of national life. He urged the Elected Officials, the administrative and religious officials of Mwaro province to know how to serve the people, the only real holder of power.

In order to be able to guarantee good governance in Burundi, the Head of State also made it known that he is committed, on behalf of the People who appointed him, to crack down on all forms of corruption and economic malfeasance.

In order to be able to guarantee this safer approach towards sustainable socio-economic development, he called on all citizens to be vigilant in all sectors, to face the lack of good citizenship and denounce all cases of corruption and other related offenses.

Before closing this moralization session, the Father of the Nation heard the grievances of the natives of Mwaro province. Many have insisted on the need for reconciliation in order to find a solution to the ethnic divisions that have plagued the country in the past.

His Excellency Evariste NDAYISHIMIYE invited all Burundians to get involved in the process of national reconciliation to rebuild a new Burundi.