The Burundian Head of State, H.E Mr. Évariste Ndayishimiye, presided on Tuesday, March 9, 2021, at the Presidential Palace of Gitega, the activities of the Government retreat. He said that the essence of this retreat was to revisit the ultimate objective of the responsible and hard-working State, according to the Government Spokesperson, Mr. Prosper Ntahorwamiye, at the end of this activity which was held indoors. 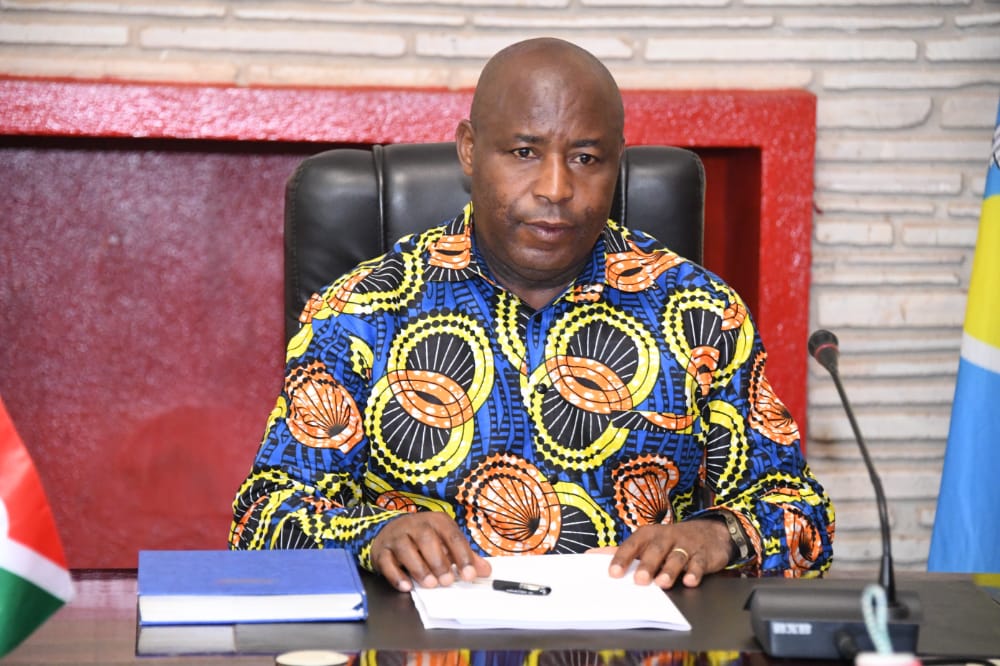 He specified that the objective in question is to do everything to satisfy the population, recalling that the role of the Government is to be at the service of the population. In order to better conduct discussions, the members of the Government followed a communication centered on the economic circuit and how public expenses is made, developed by the Minister having Finance in his attributions.

Subsequently, said Mr. Ntahorwamiye, the members of the Government exchanged on various aspects, such as the reduction of public expenditure and the increase of the receipts so that the mouth of each citizen has enough to eat and has money in his pocket, as recommended by the Head of State.

This objective can only be achieved if all the Ministers, each as far as he is concerned, properly tackle their mission while maintaining the uniqueness and complementarity of the Government, concluded Mr. Ntahorwamiye.

More items in this article: