No more ethnic divisions in Burundi

The President of the Republic His Excellency Mr. Evariste Ndayishimiye accompanied by his Spouse Her Excellency Mrs Angeline Ndayishimiye surrounded by the highest authorities of the country took part, on Friday, January 5, 2021 in Vugizo, to the ceremonies marking the 30th anniversary of the adoption of the Charter of National Unity of Burundians. 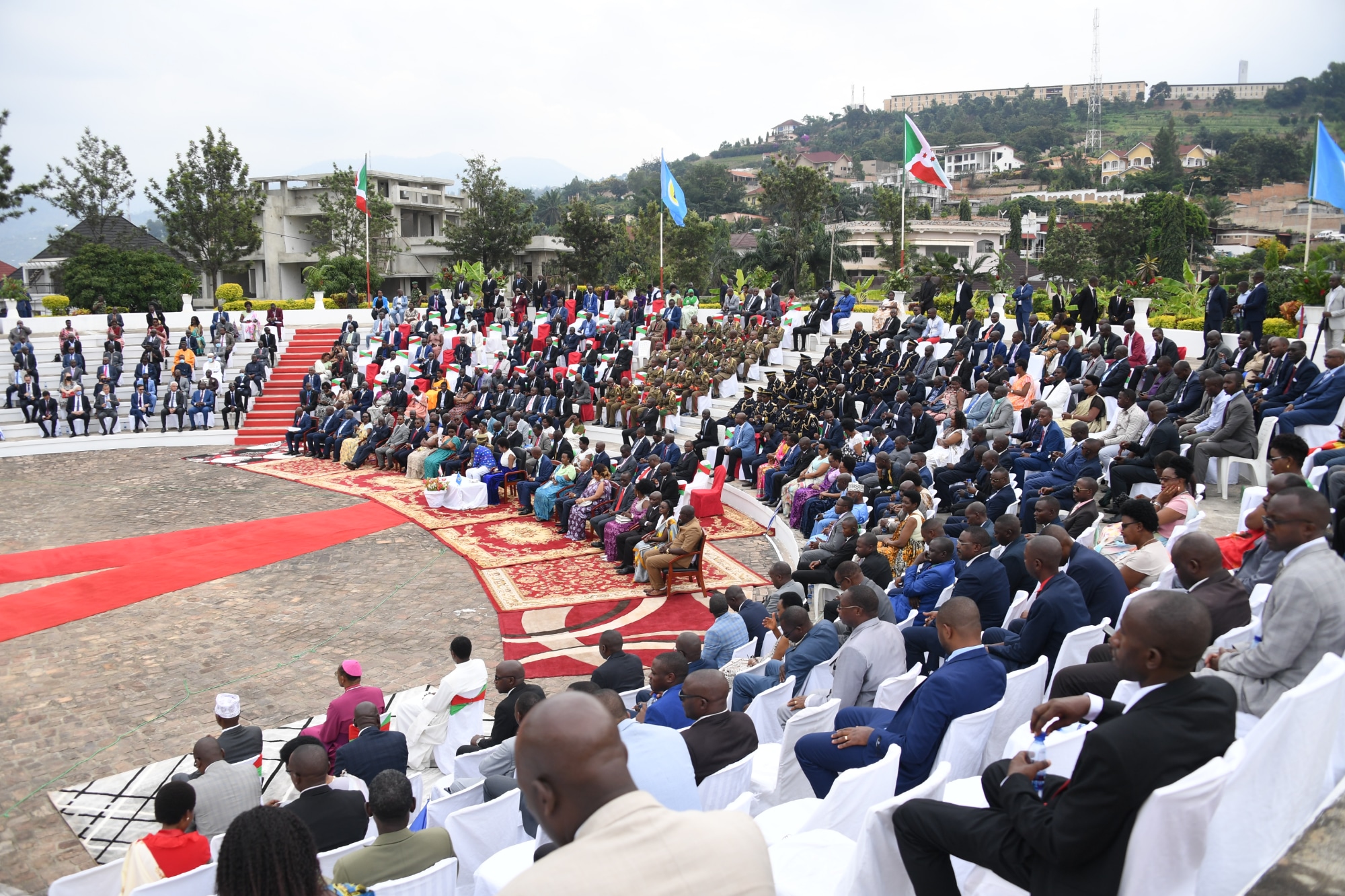 "As long as I am the Father of the Nation, there will be no more ethnic divisions" announced the Burundian Head of State in his speech, inviting all the high authorities present at the ceremonies, to make a decision in accordance with his because, according to President Ndayishimiye, “Umwera uva ibukuru ugakwira hose”, a Kirundi proverb which shows the greatest responsibility of the high authorities.

The burundian Number One reported that many people celebrate that Unity Day without knowing where its adoption came from. The proof is that, after its adoption by referendum, a few months later, there were inter-ethnic massacres, said the President.

He told them, as illustration, the biblical story in the Book of Kings: The Reign and Fall of King Solomon, a story that received a lot of attention. If David's reign remained unfinished, it was because it failed, his son Rehoboam was proclaimed King of Israel by the assembly of the people. Taking advantage of the situation, this assembly demanded a lightening of the charges which Rehoboam brutally refused.

The public was marked by the presence of former Heads of State, His Excellency Mr. Sylvestre Ntibantunganya and His Excellency Mr. Domitien Ndayizeye, various state institutions Representatives, senior officers of the army and the police as well as the Diplomatic and Consular Corps, accredited to Bujumbura.

After the laying of the wreaths of flowers by the President of the Republic and the Diplomatic and Consular Corps, the national anthem sounded and the ceremonies were enhanced by drummers and traditional dances. The hymn of the Charter of National Unity was sounded to mark the end of the ceremonies.