The President of the Republic, His Excellency Evariste Ndayishimiye, received, on Friday January 29, 2021, two new Ambassadors representing the Indian Republic and Egypt, respectively H.E A. Ajay Kumar and H.E Yasser El Atawi, who came to present their credentials to him. 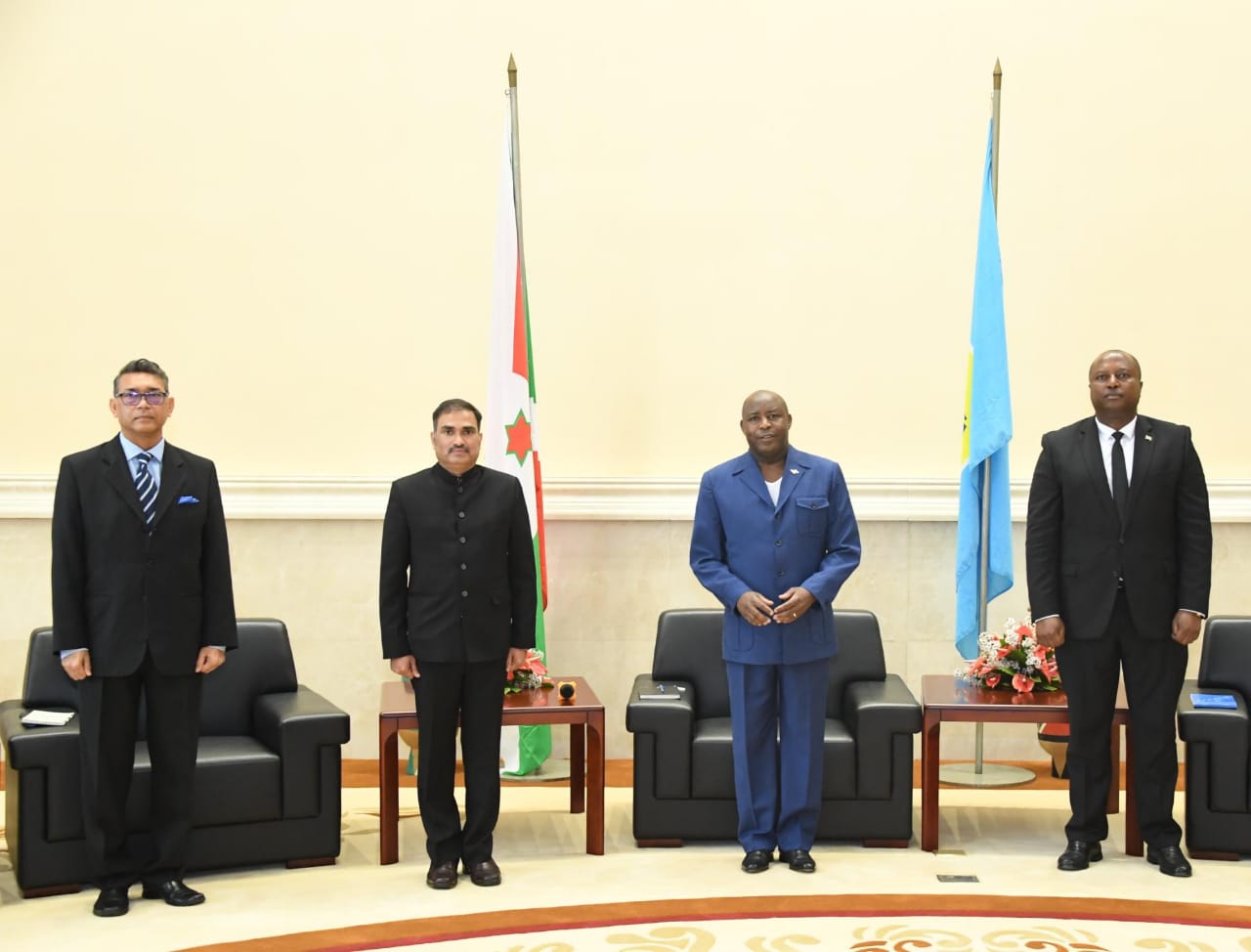 "Despite the economic changes caused by the Covid-19, India intends to recover its economy, and we promise you that we are ready to support in the information technology sector", said H.E A. Ajay Kumar while adding that his country is committed to strengthening its relations with Burundi.

“Burundi, the southernmost source of the Nile, has remained by our side in the vast plan to divide the waters of the Nile. We will spare no effort to support him in various sectors such as health, agriculture, defense, etc. ”, said the Egyptian Ambassador Yasser El Atawi, before informing him that His Excellency Abdel Fattah al-Sisi, the President of the Arab Republic of Egypt would like to welcome his burundian counterpart on Egyptian soil in order to further strengthen their relations.

"The water of the Nile is not only a question of development but also and above all a question of human lives", launched the President of the Republic His Excellency Evariste Ndayishimiye while thanking his counterpart for his invitation.

More titles in this edition: