The President of the Republic of Burundi His Excellency Evariste NDAYISHIMIYE took advantage of his vacation to set up an innovation that will serve as a reference in the political history of Burundi namely the exchange of wishes with all the Leaders of the political parties involved in the burundian political game. 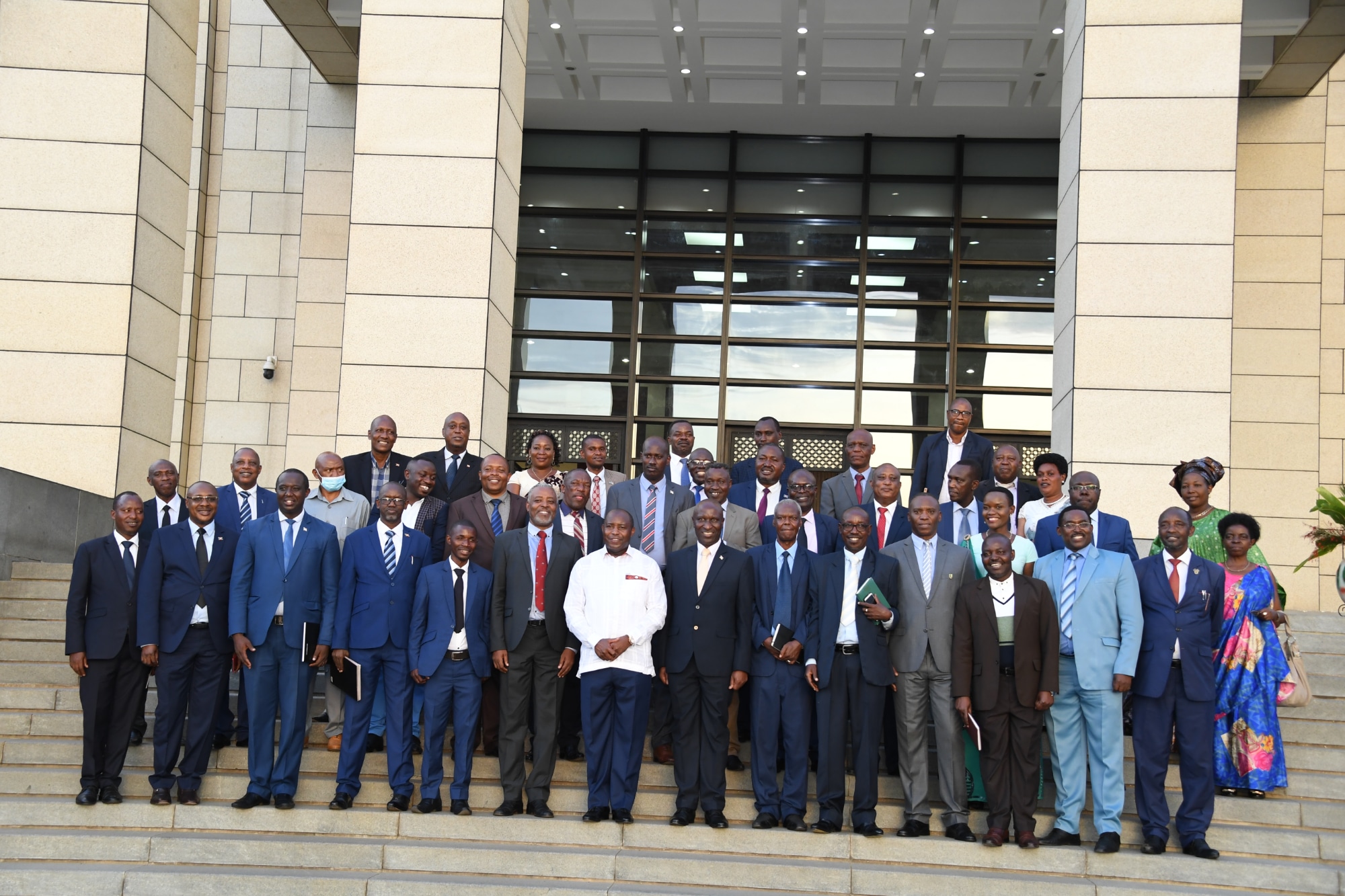 In a relaxed atmosphere, interacting in an azimuth with the Leaders of the political parties of the country, it was a pleasant afternoon on Wednesday January 6, 2021 that H.E President Evariste NDAYISHIMIYE spent with the political elite of the Republic of Burundi.

And for good reason all the protagonists of the 2020 electoral process were present starting with Honorable Agathon Rwasa, main opponent of General Evariste NDAYISHIMIYE during the 2020 elections, Mr. Anicet NIYONKURU, one of the main communicators of the opposition in exile as well as all the Presidents of the political coalitions that were formed during the recent electoral process. In short, they were all present during this feast of the Republic.

In his word of welcome and best wishes, His Excellency the President of the Republic returned to what characterized the success of the 2020 electoral process, namely responsible behavior in the post-electoral period, international recognition of the result which led to the peaceful climate on the political level that Burundi is currently experiencing.

He went on talking about his experience after six months at the head of the country. An accumulation of knowledge on the behavior and management of certain ambitions as well as advances in the area of international cooperation.

The President of the Republic has once again returned to the fight against corruption, seeking the help of political Leaders in denouncing cases of corruption. “You are a class that is part of the elite of the country, so you are aware of what is going on in the country”, said H.E Evariste NDAYISHIMIYE.

He reaffirmed the highlight of the needs and concerns of the citizen, at the center of the concerns of the Government. To the Leaders of the political parties, he stressed that their support is requested for the outcome of this highly civic act.

The President of the Republic ended his speech by reiterating his best wishes to the guests present at the Presidential Palace.

On behalf of the guests, Mr. Pierre Claver NAHIMANA, president of FRODEBU party, thanked H.E President Evariste NDAYISHIMIYE for this laudable initiative, and returned to the Head of State's assessment, which he described as positive in view of the promises made and the action of the current Government.

He expressed the wish to see the heads of political parties consulted on the major issues of the Nation and expressed his satisfaction to see that this ceremony to which they are invited constitutes a good start. He also ended by wishing the best wishes to the President of the Republic and his family.

The party ended with a family photo in front of the portico of Ntare Rushatsi Palace.