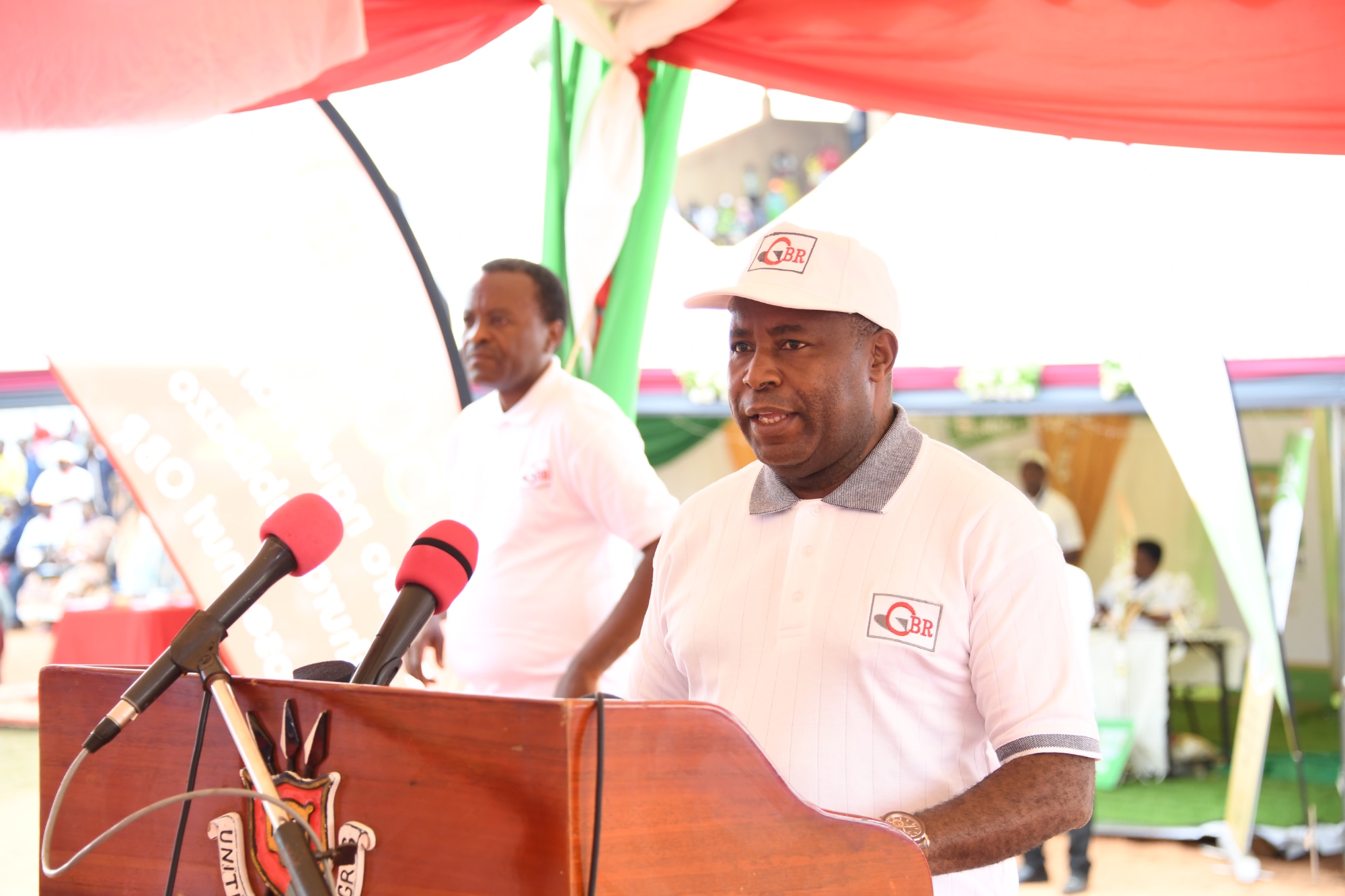 This Thursday, December 3, 2020, the President of the Republic of Burundi His Excellency Evariste Nday-ishimiye enhanced with his presence the closing ceremonies of the week dedicated to taxpayers organized by the Burundian Office for Revenue (OBR).

These ceremonies which took place at the “Ku Gasaka Stadium” in Ngozi Province.

These activities began with the official inauguration of the Belan Hotel erected in the center of Ngozi to mark the Government of Burundi's support for local entrepreneurial initiatives. As a thanks, the Belan Group, owner of the hotel, presented the Head of State with a work of art bearing his likeness by a local artist.

The President of the Republic H.E Evariste Ndayishimiye then spoke with many taxpayers during a visit to the stands of the exhibition fair organized for a week on the lawn of the “Ku Gasaka Stadium”. He congratulated them for their invaluable contribution in the development of the country.

Welcoming speeches followed, in turn, by the Governor of Ngozi Province, the Commissioner General of OBR and the Minister in charge of Finances and Planning. They all came back to the important role that the taxpayer plays in the economy of a Nation. They welcomed the growing collective awareness of the need for every citizen to meet their tax obligations.

Indeed, in his speech for the occasion marking the end of the week dedicated to the taxpayer, the Head of State His Excellency Evariste Ndayishimiye recalled the duty of each citizen in building a prosperous economy through the payment of taxes in accordance with the fiscal law of Burundi:

“It is not possible for a country to develop without the involvement and contribution of all citizens. It is not the role of the Government todevelop the country, it only plays the role of regulator, facilitator, manager, support and coordinator. I reaffirm the commitment of the Government of Burundi to support the production efforts provided by the population and investors, mainly those who participate in the creation of jobs and those who pay their taxes duly ".

By presenting Incentive Prizes to the best tax-payers, His Excellency Evariste Ndayishimiye warned tax evaders and some Administrators who are guilty of complicity or complacency. He urged the Ministry of Justice to crack down on all forms of fraud and corruption. The President of the Republic rightly believes that tax evaders and their accomplices are pulling the country's economy down and that it is as criminals that they should be prosecuted by justice.