Council of Ministers of Wednesday January 22, 2020

Council of Ministers was held on Wednesday, January 22, 2020 at the Presidential Palace of the political capital Gitega under the chairmanship of the Head of State H.E Pierre Nkurunziza.

Nine items were on the agenda, including the bill raising H.E President Pierre Nkurunziza to the rank of the Guide to Patriotism.

Other points that were analyzed by the Cabinet Meeting were, among other things, the draft Ministerial Order fixing the commitment of expenditure for the third quarter of 2019/2020, the Note on the project for implementing a system of electronic monitoring (e-tax) by the Burundian Revenue Office, the Note relating to the construction and operation project of an International Congress Center in Bujumbura. 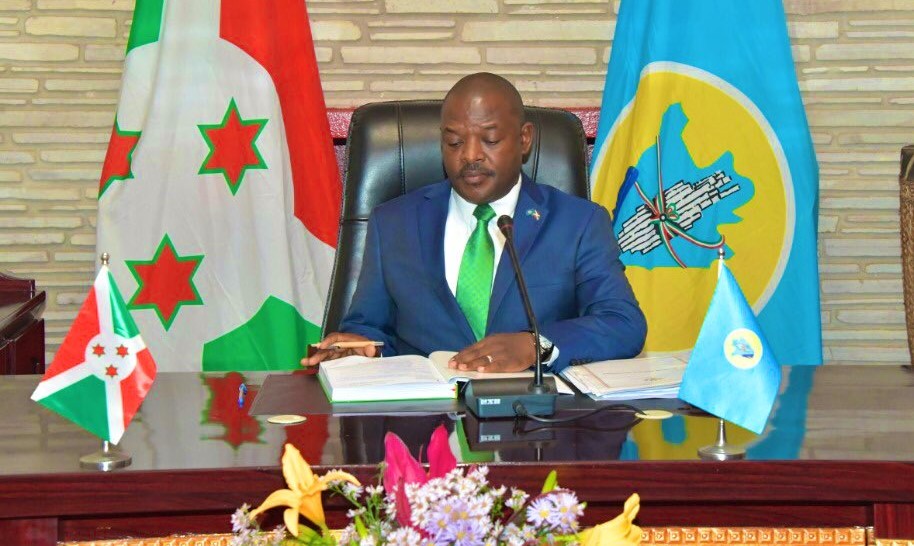 Finally, the Ministers around the President of the Republic Pierre Nkurunziza analyzed a note on the participation of the State in the share capital of the company Burundi Backbone System (BBS).

Other points were also discussed during this Council of Ministers.